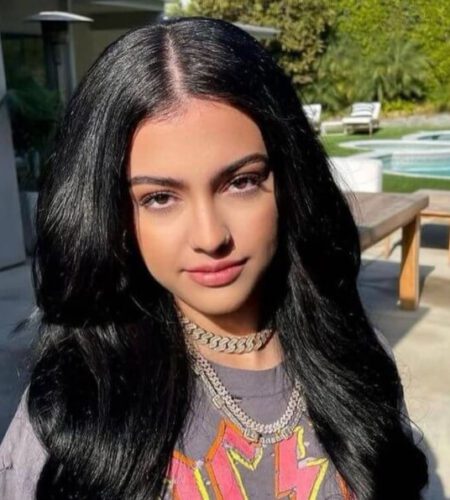 Malu Trevejo was born in Havana, Cuba. She was born on 15 October 2002. She is a famous American Singer. Since 2015, She is in the industry. She is famous for prominence as a result of her movies on the video-sharing app Musical.ly. She gained lots of popularity in her life.
As she couldn’t find sufficient time for her education after the start of her music career, Malu Trevejo decided to rely on homeschooling to keep her school studies on track.
She has also claimed that she decided to go for homeschooling as she wanted to stay away from bullies.
The views on the music video of her single Luna Llena managed to cross 33 million within just 7 weeks of the release.
In June 2017, Malu was signed up to a record contract by In-Tu Linea, which is a division of the Universal Music Latin Entertainment label.
Just after her birth, her family decided to move from Cuba to Madrid (Spain), where they lived for 11 years.
On August 2, 2019, she released her debut EP, Una Vez Mas, via BMG Rights Management.
She eventually relocated with her mother to Florida (United States).