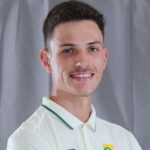 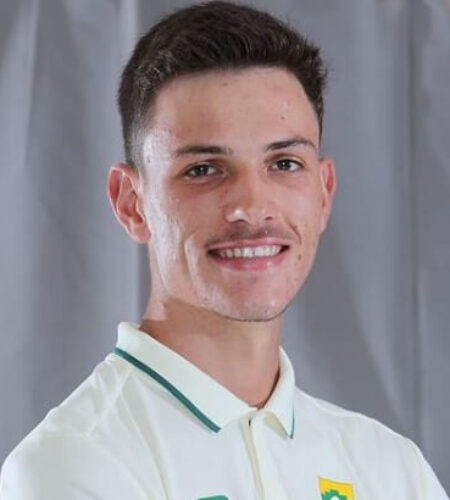 Marco Jansen is a South African cricketer. He was born on 1 May 2000 in Klerksdorp, South Africa.
His brother Duan Jansen is also a cricketer.
Marco’s father, Koos Jansen is a former Rugby player, who played for Free State Cheetahs. Koos saw his son’s cricketing prowess when he was just 9 years old during an under-9s school game.
The world heard about Jensen for the first time during India’s 2017 tour of South Africa. A 17-year old Marco Jansen was invited along with his brother by team India as a net bowler at the Wanderers.
The left-arm seamer beat Virat Kohli three times in a row outside the off stump, exhibiting his class with the ball. Both the brothers impressed the Indian team and the duo ended the session by clicking a photo with Virat Kohli.
Marco Jansen made his List-A debut for North West in the 2017-18 CSA Provincial One-Day Challenge on 8th April 2018.
His first-class debut game a year later. He played his debut first-class match for North West in the 2018-19 CSA 3-Day Cup on 11th October 2018. He ended up as the leading wicket-taker in the tournament, claiming 27 wickets in 6 games.
Impressive performances in his debut first-class season meant Marco Jansen was included in South Africa’s under-19 squad in January 2019.
He is a right handed batsman and left arm fast bowler. In South African team he play as a bowler.
He was selected first time for South African national cricket team in January 2021 for a series against Pakistan team.

The pace-bowling all-rounder from South Africa is 6 feet 8 inches tall, which equals 1.88 meters.