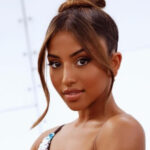 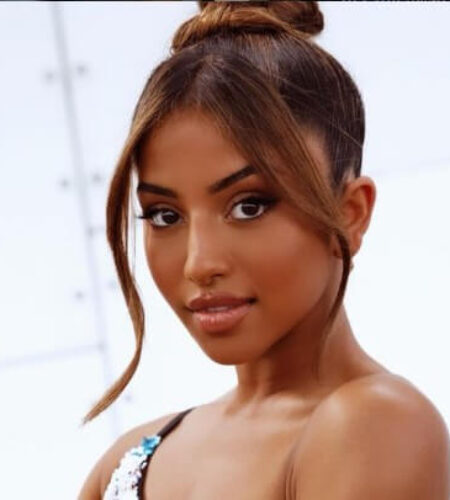 Maria Thattil is a young educated and gorgeous Indian- Australian migrant who was crowned as Miss Universe Australia in 2020 of which the winner was announced in a virtual event that was held virtually due to Melbourne’s 112- day lockdown.
Maria was crowned Miss Universe 2020 by another Indian born Priya Serrao who won the top stop in 2019.
Maria Thattil was born on February 10, 1993, in Melbourne, Australia to her parents who are Indian immigrants.
Her father is from Kerala, India and her mother hails from Kolkata, India who shifted to Australia in the mid-1990s.
Maria graduated with a degree of honors with a bachelor’s in psychology on October 11, 2013, from the RMIT University in Melbourne, Australia.
On November 17, 2017, Maria graduated with the degree of master in management from the University of Melbourne.
Maria is the second Indian lady to win the Miss Universe Australia crown.
She was seen featuring makeup products like Even Better Clinical Serum Foundation.
Maria felt grateful and glad about the article written by Beauticate and Maria mentioned it as a chance for herself to find her voice.
Maria has also posted a video of herself captioning it as a collaboration of The Gown/ Alin Le’ Kal x Maria Thattil.
She was seen in a mini film by @nidogemedia which was released on April 14, 2021.