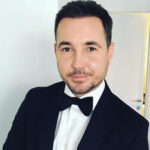 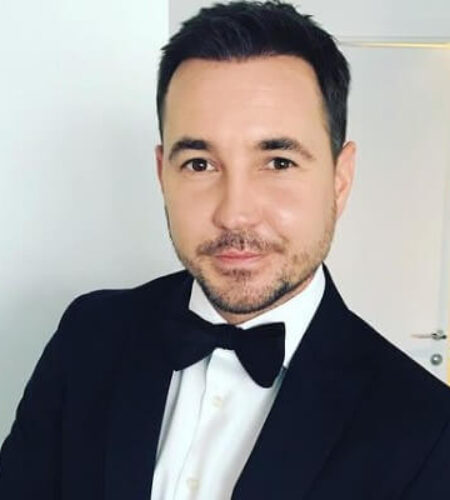 Martin Compston (born 8 May 1984) is a Scottish actor and former professional footballer.
He is perhaps most notable for his role as Liam in Sweet Sixteen, for his role as Ewan Brodie in Monarch of the Glen, and for his lead role in the popular crime show Line of Duty.
Birth Sign Taurus.
Outside his recurring TV roles, he has appeared in feature films like The Disappearance of Alice Creed and Red Road.
Born to a Roman Catholic family, Compston, the younger of two boys, was brought up in Greenock, Scotland and attended St Columba's High School in neighbouring Gourock.
A promising footballer, he was on the books of Aberdeen F.C. as a young teenager, and after leaving school signed for the local professional team Greenock Morton F.C..Compston made two first-team appearances in the 2001–02 season, in which the team was relegated to the Third Division.
In both matches he appeared as a substitute and Morton lost 4–0, to Alloa Athletic and Queen of the South.
Compston married American actress Tianna Chanel Flynn in 2016. They reside in her hometown of Las Vegas, Nevada.
In 2014, 2016, 2017 and 2019, Compston reprised his lead role of Detective Sergeant Steve Arnott in four more series of police drama Line of Duty, which moved from BBC Two to BBC One at the start of its fourth series.
In April 2013, Compston starred in the ITV mini-series The Ice Cream Girls. He appeared as Roy James in The Great Train Robbery.