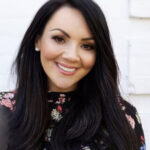 Martine Kimberley Sherrie McCutcheon (born Martine Kimberley Sherrie Ponting, 14 May 1976) is an English actress, television personality and singer.
She began appearing in television commercials at an early age and made her television debut in the children's television drama Bluebirds in 1989.
In the early 1990s, she had minor success as one third of the pop group Milan, but it was her role as Tiffany Mitchell in the BBC's soap opera EastEnders and her role in the 2003 romantic comedy Love Actually that brought her stardom.
For the former she won the National Television Award, while the latter earned her the Empire and MTV Movie awards. She was written out of EastEnders at the end of 1998 and then embarked on a pop career, this time as a solo artist.
Her first television role was as Mandy in Bluebirds in 1989, and she also had minor success as part of the pop group Milan in the early 1990s.
She found fame as barmaid Tiffany Mitchell in EastEnders, and she later played Hugh Grant's love interest Natalie in 2003's Love Actually.
In 1998, she embarked on a pop career, and scored a decent run of success for a number of years.
In 2017, she returned to music with the album Lost and Found.
Martine was engaged to DJ Gareth Cooke, but broke off their relationship in 1996.
She was also in a relationship with Jonathan Barnham, with whom she became pregnant in 1999, but did not carry the child to full term.
Martine married singer Jack McManus at Lake Como in September 2012. They had been dating since 2009.
In February 2015, she gave birth to a son, Rafferty Jack McManus.