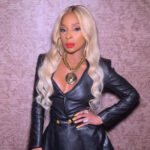 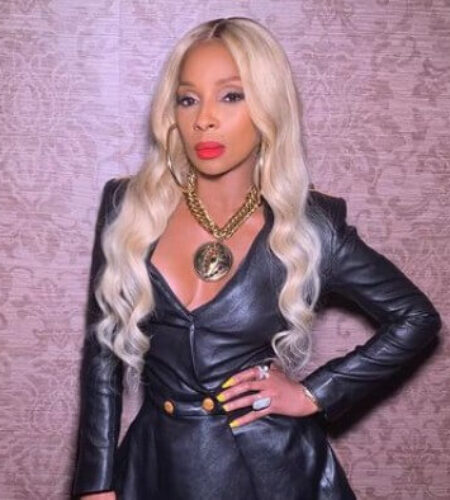 Mary Jane Blige born January 11, 1971 is an American singer, songwriter and actress.
Often referred to as the "Queen of Hip-Hop Soul", Blige has won nine Grammy Awards, four American Music Awards, and twelve Billboard Music Awards.
She has been nominated for three Golden Globe Awards and two Academy Awards, including one for her supporting role in the film Mudbound (2017) and another for its original song "Mighty River", becoming the first person nominated for acting and songwriting in the same year.
Blige spent her early years in Richmond Hill, Georgia, where she sang in a Pentecostal church.
Blige later moved to Schlobohm Houses in Yonkers, New York, immediately north of New York City, where she lived with her mother and older sister.
Blige dropped out of high school in her junior year.
Pursuing a musical career, Blige spent a short period of time in a Yonkers band named Pride with band drummer Eddie D’Aprile. In early 1988, she recorded an impromptu cover of Anita Baker’s “Caught Up in the Rapture” at a recording booth in the Galleria Mall in White Plains, New York.
In 2010, Blige created a perfume with the name My Life which was placed on Home Shopping Network. The product was launched through Carol’s Daughter, a line of beauty products.
Mary also launched sunglasses by the name Melodies by MJB. The new line was released in October 2010 and consisted of four styles and 20 different color options to choose from.
Rolling Stones, Vibe, and Time have chosen Mary’s album My Life (1994) among the greatest albums of all time.
In the mid-’90s, Blige achieved the Legends Award for her work of mixing both hip-hop and soul.
Until summer 2016, she had been married to her former manager named Martin Isaacs. The man had three children by the time they tied the knot. Their names are Nas, Jordan, and Briana.