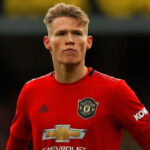 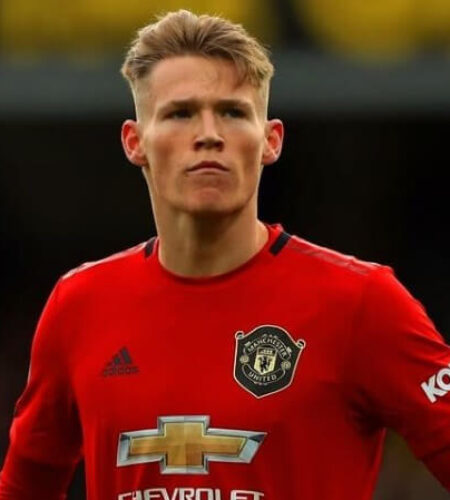 Scott Francis McTominay (born December 8, 1996) is an England-born Scottish professional footballer who plays as a midfielder for Premier League club Manchester United and the Scottish national team.
McTominay is a graduate of the Manchester United youth academy and made his senior debut for the club in May 2017.
Born in England, he qualified to play for Scotland through his Scottish-born father. He made his senior international debut in March 2018.
McTominay was associated with the Manchester United academy from the age of five after attending the club's development centre in Preston.
Having played as a centre forward in the earlier years of his youth career, McTominay converted to a central midfield role under Warren Joyce.He signed his first professional contract in July 2013.
He made seven appearances for the Under-18s between 2013 and 2015, but struggled due to his small size.
McTominay missed most of the 2014–15 season due to injuries relating to growth and development issues, growing 14 inches within two years.
McTominay struggled again during the 2015–16 season, making 11 appearances across the Under-19s and Under-21s, but commanded a place in the team the following season with three goals in 21 games prior to his senior call-up.
On 30 April 2017, McTominay was named on the substitutes bench for a match against Swansea City in the Premier League.
He made his first Premier League appearance on 7 May, coming on as a substitute against Arsenal, before starting Manchester United's final Premier League match of the season on 21 May, a 2–0 win at home to Crystal Palace.