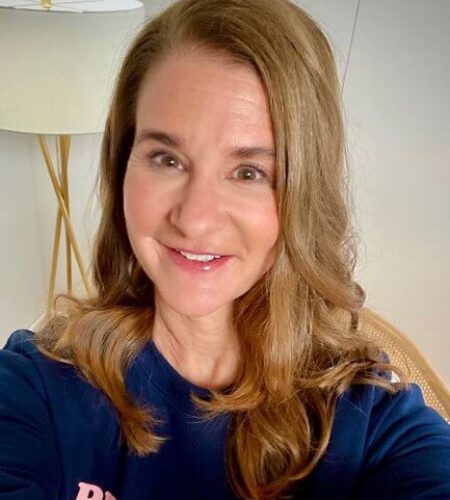 Melinda was born Melinda Ann French on August 15, 1964, in Dallas, Texas. She has three siblings: one older sister and two younger brothers.
Melinda's father, Ray French, was an aerospace engineer during her upbringing, while her mother, Elaine French, was a stay-at-home mom.
Elaine, who wished she had gone to college, placed a strong emphasis on her children's higher education. To that end, the family spent weekends maintaining their rental properties as a means of earning the children's tuition.
Melinda developed an early interest in computers while taking an advanced math class at the Ursuline Academy, a Catholic school for girls.
She went on to pursue this interest in college, earning a bachelor's degree in computer science from Duke University in 1986. The following year, she obtained a master's in business administration, with a focus in economics, from Duke University's Fuqua School of Business.
Melinda has declared that if she ever happened to get stranded on a deserted island with her then-husband Bill and could have only 1 item, it would definitely be her best friend. Bill would go for an internet connection, and so she would bring along her buddy to keep her company while her husband would be busy online.
In April 2021, Melinda had purchased a $1.2 million cottage (4-bedroom, 2-bathroom) in Seattle’s North Broadway neighborhood, which was 3 weeks before filing for divorce in May 2021.
Bill Gates and Melinda had waited until 2021 to get divorced because they wanted their youngest daughter Phoebe Adele to turn 18. Phoebe had finally turned 18 in September 2020.
In 2019, Gates debuted as an author with the book The Moment of Lift: How Empowering Women Changes the World. Former President Barack Obama starred in a comedy sketch in order to promote the book. The book highlights the failure to acknowledge women's unpaid work, drawing on feminist economist Dame Marilyn Waring's book If Women Counted.