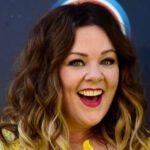 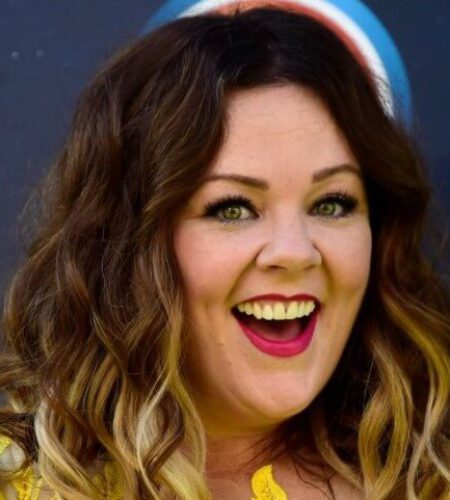 She is the recipient of numerous accolades, including two Primetime Emmy Awards and nominations for two Academy Awards and two Golden Globe Awards.
McCarthy was named by Time as one of the 100 most influential people in the world in 2016, and she has been featured multiple times in annual rankings of the highest-paid actresses in the world.
In 2020, The New York Times ranked her #22 in its list of the 25 Greatest Actors of the 21st Century.
For the 2012 Oscars, most of the high-level designers turned down Melissa’s offer for making her an Oscar dress.
In November 2014, it was revealed that she lost a considerable amount of weight from 265 pounds to 220 pounds.
McCarthy is close friends with Octavia Spencer and Christina Applegate, a co-star from Samantha Who? TV series.
Melissa grew up on a farm in a big Irish family.
McCarthy is an alumnus of The Groundlings, a Los Angeles based improvisational and sketch comedy troupe. She was a member there for about 10 years.
She likes to play tennis.
McCarthy was the screenwriter, executive producer, and lead actor (played the title role) in the 2014 film Tammy.
Melissa's parents are Sandra and Michael McCarthy. She is not the only in her family that has been exposed to fame as she has two popular cousins, Jenny and Joanne McCarthy.
In 2005, she became a member of the Falcone family as she tied the knot with actor and fellow comedian Ben Falcone. Currently, the couple has 2 daughters named Vivian and Georgette.
Right from her childhood, Mellissa was raised in a Christian family under the Catholic denomination. This upbringing led her to hold on to her faith after all these years.