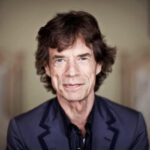 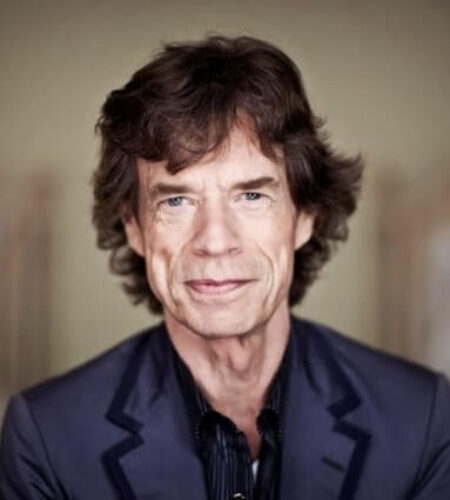 When he was 4 he met Keith Richards until they went into secondary schools and lost touch.
But one day in 1960 they accidentally met on the Dartford train line and both realized that they had an interest in rock n roll combined with blues.
Between 1960 and 1962 The Rolling Stones formed. It was comprised of Mick on lead vocal and harmonica, Keith Richards on guitar, Bill Wyman on bass, Charlie Watts on drums and Brian Jones on guitar.
He was knighted in Queen’s Birthday Honours 2002 for his contribution to the field of music. His acceptance of the knighthood also brought a lot of criticism since he advocated anarchism. He was knighted by Prince Charles.
Mick Jagger has been inducted into Rock & Roll Hall of Fame and UK Music Hall of Fame.
Keith Richards and Mick Jagger were classmates at Wentworth Primary School at Dartford, Kent from September 1950-1954.
On July 12, 1962, Mick Jagger and his companions appeared as the Rolling Stones for the first time at the Marquee Club in London.
Mick Jagger is grandfather to five children and a great-grandfather of a girl child who was born on May 19, 2014.
Apart from music, Mick Jagger has a fascination for football and attends FIFA World Cup games to support the English National Football team.
He has 8 children including Elizabeth, Jade and Georgia May from 5 different women.
He also has 5 grandchildren and more recently, a great-granddaughter.