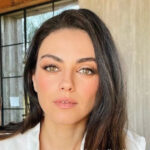 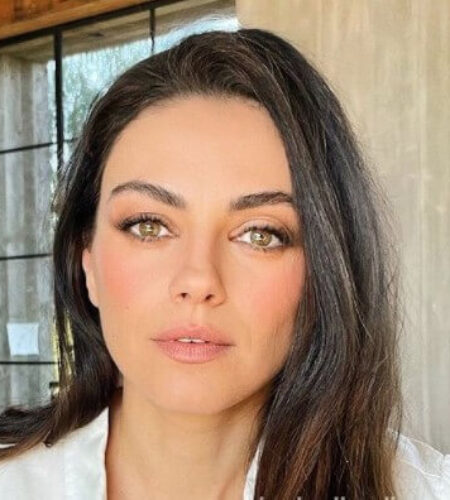 Mila Kunis was born Milena Kunis in the Ukrainian city of Chernivtsi on August 14, 1983. At the age of seven, Kunis immigrated to the United States with her parents, Mark and Elvira, as well as her older brother, Michael, and eventually settled in Los Angeles.
Her dad is a mechanical engineer, her mom is a physics teacher, and her brother is a biochemist.
In Los Angeles, she attended Hubert Howe Bancroft Middle School. She used an on-set tutor for most of her high school years while filming That ’70s Show. When not on the set, she attended Fairfax High School, from which she graduated in 2001. She briefly attended UCLA and Loyola Marymount University in Los Angeles.
Having had a hand in acting from the age of nine, Mila got opportunities to feature in commercials while she was taking acting classes. She made her first outstanding breakthrough in 1995 where she was featured as Melinda in the movie Make a Wish, Molly.
Mila and the popular actor Ashton Kutcher have been married for 2 years and have 2 children together, Wyatt and Dmitri.
Mila has an older brother Michael.
Mila has attained the most recognition for her role in the movie Black Swan (2010). Her impeccable portrayal of the role of Lily in this film earned her a Saturn Award, a Scream Award as well as a Venice Festival Award.
Mila Kunis was voted no. 3 in Maxim’s Top 100 Hot Women in the World in 2012.
Justin Timberlake, Natalie Portman, James Franco, Susan Curtis are Mila’s friends.
She co-starred as Lily/Odile in the 2010 psychological horror film, Black Swan