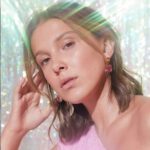 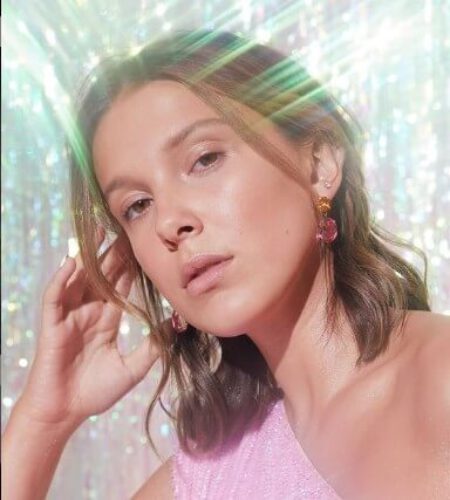 Millie Bobby Brown was born on February 19, 2004 in HC Marbella International Hospital, Marbella, Spain. Her father’s name is Robert Brown and her mother’s name is Kelly Brown. She has siblings named Paige Brown, Ava Brown, and Charlie Brown. She did her schooling at Pokesdown Community Primary School.
Millie Bobby Brown was first discovered by an agent, while she was enrolled in the weekend stage school and had participated in a showcase.
Just before giving a successful audition for Stranger Things, she had a meeting with the casting agent, who said she was too mature to get work and that raw emotion helped her get the audition spot on.
She has a very close relationship with Stranger Things co-star Winona Ryder and even wears a ring on the middle finger given by her friend and mentor.
Millie Brown perfected her American accent for her acting by watching a lot of Disney shows.
Before getting her big break with Stranger Things, she had done a couple of cameos in the famous TV series such as Modern Family and Grey’s Anatomy in 2015.
Auditioned for the role of 10-year-old Michelle in The Boss (2016).
Huge fan of Nicki Minaj. Even rapped Nicki Minaj's verse from Kanye West's song "Monster" during her appearance on The Tonight Show Starring Jimmy Fallon (2014).
Is best friends with Maddie Ziegler.
On The Late Show with Stephen Colbert (2015), Stephen Colbert asked Millie what she is most afraid of, and she stated that her biggest fears are sharks, darkness, and bungalows.
Her favorite movie is Yukarı Bak (2009).
She is a supporter of Liverpool F.C.
Auditioned for the role of X-23 in Logan: Wolverine (2017).
Her mother selects all of her outfits to make sure that she is dressed appropriately for her age.