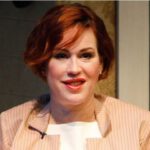 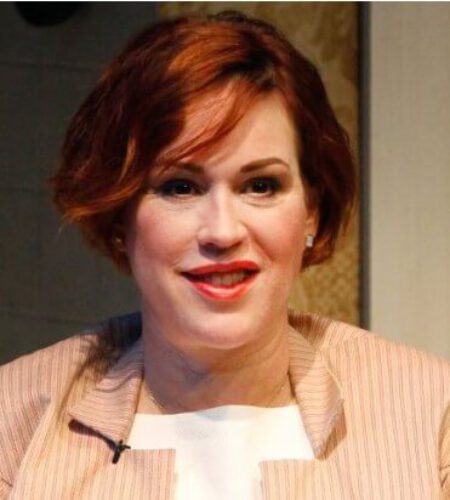 Molly Kathleen Ringwald (born February 18, 1968 She was cast in her first major role as Molly in the NBC sitcom The Facts of Life (1979–80) after a casting director saw her playing an orphan in a stage production of the musical Annie.
is an American actress, singer, dancer, and author.
She and several other members of the original Facts of Life cast were let go when the show was reworked by the network.
She subsequently made her motion-picture debut as Miranda in the independent film Tempest (1982), which earned her a Golden Globe nomination for New Star of the Year.
The VH1 channel placed her on the very top of the list featuring “100 Greatest Teen Stars”. They had her on the #17 spot on the list of “100 Greatest Child Stars”.
In her childhood, she often used to perform in her father’s music bands in Sacramento. At the age of 6, she even lent her vocals for a music album, I Wanna Be Loved by You, which was recorded by her father’s group, Fulton Street Jazz Band.
She started her acting career at the age of 5 after she was cast in the role of Dormouse in the stage production of Alice Through the Looking Glass.
In the mid-90s, she moved to Paris to work in the French film industry. As she had studied in a bilingual school, which used French along with English as a medium of communication, she was pretty fluent in French.