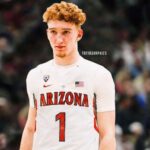 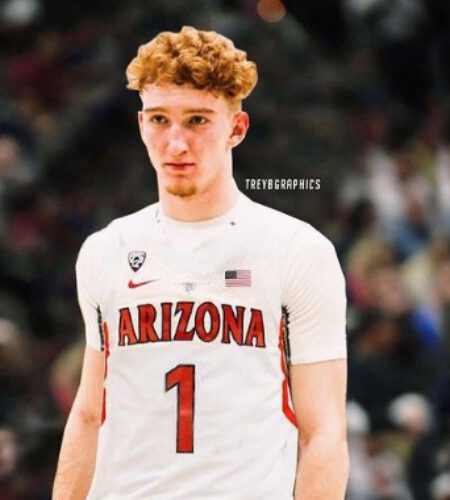 Niccolò "Nico" Mannion (born March 14, 2001) is an Italian college basketball player for the Arizona Wildcats of the Pac-12 Conference. He previously played for Pinnacle High School in Phoenix, Arizona, where he was a five-star recruit and one of the top point guards in the 2019 recruiting class. Although he mainly grew up in the United States, Mannion represents his birth country of Italy in international competitions.
Mannion is the son of an American father and an Italian mother. His father, Pace Mannion, is a former National Basketball Association (NBA) player who played for six different NBA teams through the 1980s. He played professionally for various teams in Italy until his retirement in 2002. Most notably, he helped Italian club Pallacanestro Cantù win the 1991 FIBA Korać Cup. Mannion's mother, Gaia Bianchi, is a former volleyball player who played for the Italian national volleyball team.
Mannion was considered the top player in the 2020 recruiting class by Scout.com, Rivals.com and ESPN. But he reclassified to the 2019 class. Mannion received his first college basketball offer from Cal State Northridge while in eighth grade. In high school, he picked up offers from several major NCAA Division I programs, including Duke and Villanova. Mannion was a consensus five-star recruit and the best recruit from Arizona in the 2019 class. On September 14, 2018, he committed to Arizona over Marquette.
He debuted for the senior Italian national team at European qualifiers for the 2019 FIBA World Cup. In his sole appearance on July 1, 2018, Mannion scored nine points in 29 minutes in an 81–66 loss to the Netherlands, becoming the fourth-youngest player in team history at age 17.