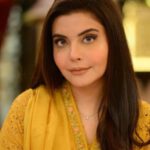 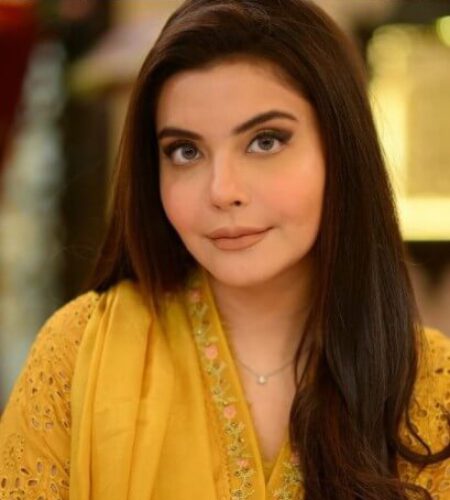 Nida Pasha is best known as Nida Yasir who is a Pakistani TV host, actress, and model.
She was born on the 12th of October, 1975 in Karachi, Pakistan.
Her father is a very famous television director as well as a producer, Kazim Pasha, whereas her mother is a retired program director and producer, Fehmida Nasreen.
Nida got her education from the University of Karachi.
She has three siblings including two sisters and one brother.
Nida’s younger sister is a sports commentator, Sawera Pasha.
Nida got married to a famous actor, director, and producer, Yasir Nawaz. The couple was blessed with three children.
Nida is famous for her role Saima in Hum Tum serial. Then she worked in Nadaaniyan which was a comedy drama, along with her husband Yasir Nawaz and his younger brother Danish Nawaz. She had also been the co producer of Nadaaniyan and another serial Baal Baal Bachgaye. Nida has also produced a comic movie Wrong Number.
She has been hosting a Morning Show titled Good Morning Pakistan on ARY Digital since last 6 years. Before Good Morning Pakistan, She hosted cooking show alongside Chef Mehboob on ARY Zauq.
Nida Pasha now known as Nida Yasir is a Pakistani former actor and Morning Show Host. She was born in Karachi. She joined the Pakistani Drama industry in early 2000’s and in a short span left acting as she got married.