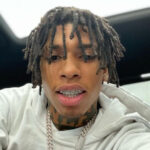 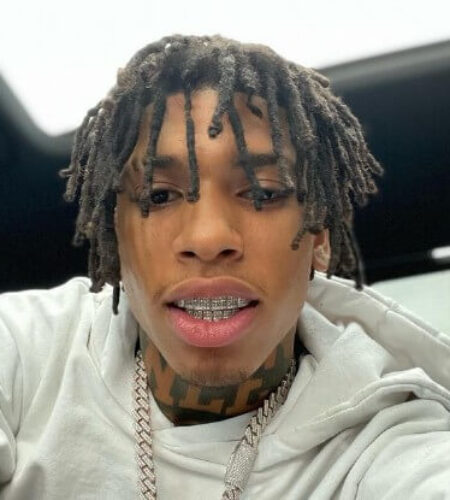 Bryson Lashun Potts(born November 1, 2002), known professionally as NLE Choppa (formerly YNR Choppa), is an American rapper from Memphis, Tennessee.
He rose to fame with his January 2019 single "Shotta Flow", which was certified platinum by the RIAA and peaked at number 36 on the Billboard Hot 100. The single was featured on his debut EP Cottonwood, released in December of that year.
Potts released his debut studio album Top Shotta (2020) which peaked at number 10 on the US Billboard 200 and contained the singles "Camelot" and "Walk Em Down" (featuring Roddy Ricch), which peaked at number 38 on the Hot 100. His second mixtape From Dark to Light was released on November 1, 2020, his 18th birthday.
As a youngster, NLE Choppa was a sports enthusiast and grew up playing basketball. He had just a passing interest in music and used to freestyle with his friends, only taking music seriously at the age of 15.
Once he started to show an interest in pursuing a career in rap music, his mother Angela Potts became his manager and has continued to review his contracts, manage his music video shoots, and look after all the logistics.
His first song titled No Love Anthem was released in February 2018 under the stage name YNR Choppa. In July 2018, he launched his first mixtape titled No Love the Takeover.
On December 20, 2019, NLE Choppa released his debut extended play titled Cottonwood. The EP, named after the area he grew up in, features the previously released singles "Side" and his breakthrough hit "Shotta Flow" with its remix, featuring Blueface. The EP also consists of a collaboration with Meek Mill. To accompany the release of Cottonwood, a short film of the same name was released on the same day.