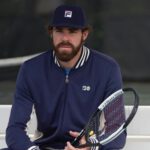 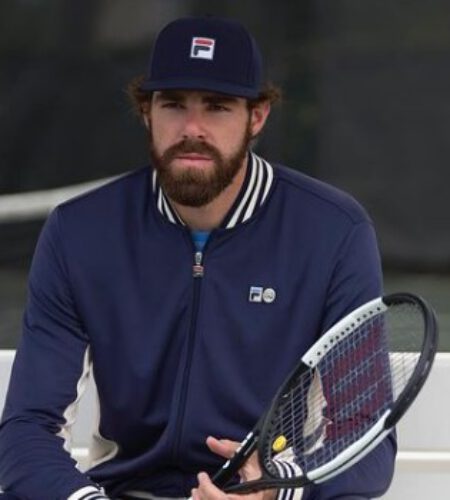 Reilly Opelka (born August 28, 1997) is an American professional tennis player.
At 6 feet 11 inches tall, he is tied (with Ivo Karlović) for the record tallest-ever ATP-ranked player, and can serve in the low-140 mph range.
He reached his career-high ATP singles ranking of world No. 23 on 16 August 2021 and doubles ranking of world No. 89 on 2 August 2021.
He has won two ATP singles titles and one doubles title. He is a junior Wimbledon champion.
Opelka was born in St. Joseph, Michigan and moved to Palm Coast, Florida at age 4. He didn't start playing tennis regularly until he began training through USTA in Boca Raton at 12 years old.
He credits Tom Gullikson, whom his father knew from playing golf, for much of his early development as a tennis player.
Opelka is close friends with Taylor Fritz and was the best man at Fritz's wedding.
His uncle is radio talk show host Mike Opelka.
Opelka won the 2015 Junior Wimbledon tournament, defeating Junior world No. 1 Taylor Fritz en route to beating Mikael Ymer in the final and reached the finals of the Boys' Doubles event (with Akira Santillan) at the 2015 Wimbledon Championships.