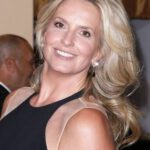 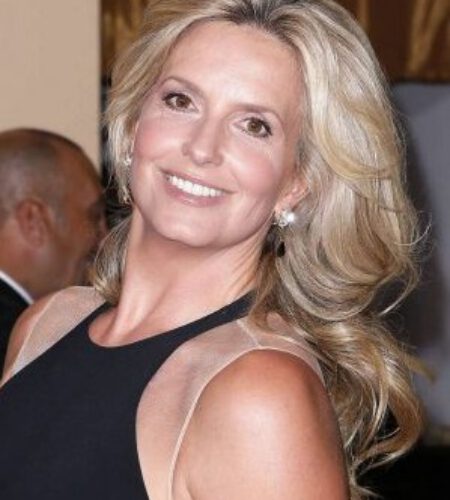 Penny, Lady Stewart (née Lancaster; born 15 March 1971), is an English model, photographer and TV personality. She is married to rock singer Sir Rod Stewart. In 2014, she joined the ITV lunchtime show Loose Women.
Throughout the 1990s, Lancaster was in a long-term relationship with city trader Mickey Sloan. They lived in Bermuda from 1996 to 1998 but separated in 1999.
Lancaster was brought up by parents Graham and Sally who were both regular gym-goers and encouraged a love of fitness.
She also has a brother named Oliver. At the age of six, Lancaster took up dance, learning tap, ballet and modern, but decided to quit at the age of 16 due to her height and decided aerobics would better suit her frame.
Six years later Lancaster became a certified fitness trainer.
It was during this time that she was spotted by a model scout who suggested she should consider a career in modelling. Lancaster suffers from a chronic sweat problem called hyperhidrosis.
In February 2019 she appeared in Famous and Fighting Crime alongside fellow celebrities Jamie Laing, Katie Piper, Sandi Bogle and Marcus Brigstocke on Channel 4.
In January 2018, Penny participated in And They're Off! in aid of Sport Relief.