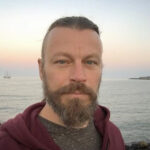 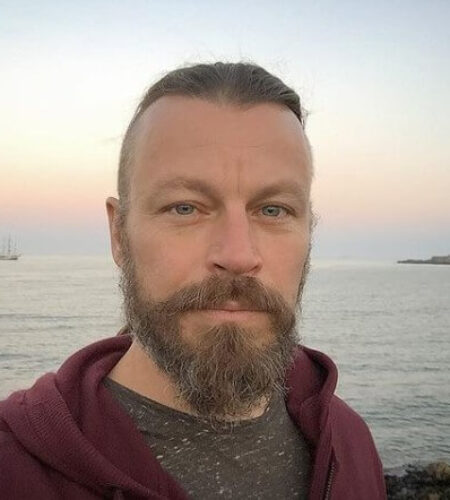 Peter Vilhelm Franzén (born 14 August 1971) is a Finnish actor, author, screenwriter, and director.
He is best known for his role as King Harald Finehair in Vikings (2016–2020).
Used to drive a limousine in L.A.
Served Finnish army as a sniper.
Used to be a car cleaner in the early '90s in Helsinki, Finland. Allmost burned his face while waxing an old porsche 944 with an electric buffer.
According to director Renny Harlin, he originally wanted Franzén to play of Medieval Priest (the first character seen on the movie) in Exorcist: The Beginning (2004), but Franzén was busy and couldn't make it. He was replaced by another Finnish actor, Matti Ristinen. In 2007 Franzén had a cameo role in Harlin's Cleaner (2007).
His latest TV-work includes the new series "Wheel of Time" (2019-2020 Sony Pictures Television, Amazon Studios)In 2013 Franzén made his feature directorial debut with his film "Above Dark Waters.
TV-credits: Franzén enjoyed tremendously working in the "Vikings"-series (2016-2019, History Channel, HBO), portraying king Harald Finehair. "Working and living and in Ireland has been one of the absolute highlights of my career.
" The film opened in his native Finland and is based on a semi-autobiographical 2010 novel of the same name. Peter also adapted and wrote the Screenplay.