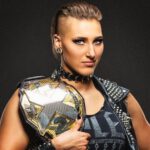 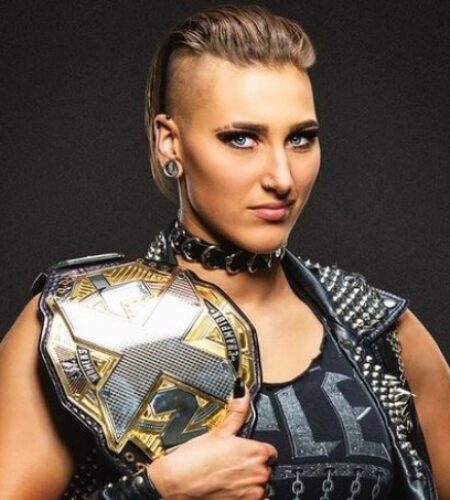 Demi Bennett (born 11 October 1996) is an Australian professional wrestler.
She is currently signed to WWE, where she performs on the Raw brand under the ring name Rhea Ripley and is the current WWE Raw Women's Champion in her first reign.
She was also the inaugural NXT UK Women's Champion and a former NXT Women's Champion, making her the only person to have held all three titles, as well as the first female Australian champion in WWE history.
After competing on the independent circuit under her real name since 2013, Ripley joined WWE as part of the inaugural Mae Young Classic in 2017.
After reaching the semi-finals of the 2018 edition of the tournament, she was part of the original roster of NXT UK, becoming its inaugural women's champion in August 2018.
Her NXT television debut came on October 25, 2017, as she participated in a battle royal to determine one of the contenders for the vacant NXT Women’s Championship at NXT TakeOver: WarGames.
At NXT TakeOver: WarGames in 2019, she led Team Ripley in the first-ever women’s WarGames match against Team Baszler (including Shayna Baszler, Io Shirai, Bianca Belair, and Kay Lee Ray).
Rhea Ripley became the first person to receive both the titles of NXT UK Women’s Champion as well as the NXT Women’s Champion.
Apart from wrestling, she is also active in swimming, karate, rugby, netball, and soccer.
She officialized her relationship with fellow wrestler Demetri Action Jackson in October 2019.