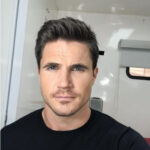 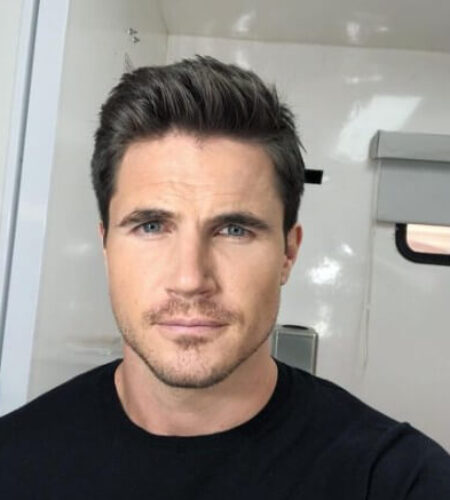 Robert Patrick Amell IV (born April 21, 1988) is a Canadian-American actor and producer. He is known for playing Stephen Jameson on The CW's series The Tomorrow People, Ronnie Raymond/Firestorm on The CW's series The Flash, Nathan Brown on Upload, Fred Jones in the films Scooby-Doo! The Mystery Begins and Scooby-Doo! Curse of the Lake Monster, and the films The Hunters as Paxton Flynn, The DUFF as Wesley Rush, and The Babysitter as Max. He has also had recurring roles on such television shows as Life with Derek, True Jackson, VP, Unnatural History, and Revenge.
In 2006, Amell graduated from Lawrence Park Collegiate Institute in Toronto.
He learned acting from Canadian Studios Acting Academy.
Has twice been involved in projects with the name "Scooby", in which he played "Fred" of the Mystery Gang, and appeared in Annenizle Nasıl Tanıştım (2005), as a character named "Scooby", who had many dog-like qualities.
Younger cousin of Stephen Amell, star of CW's Arrow (2012).
Got engaged to girlfriend of six years, actress Italia Ricci, on August 20, 2014.
Has been in The Hunters (2013) and Yarının İnsanları (2013) (2013-14), with Alexa PenaVega.
Amell was a fan of the Toronto Maple Leafs ice hockey team growing up, though since his move to Los Angeles, Amell has begun cheering for the Los Angeles Kings, but still calls Toronto his "second team". In a 2015 interview, Amell discussed his support for a second NHL team in Toronto via league expansion.
He would like Leonardo DiCaprio to play in the movie version of his life.
His dream job is to play Wally West (also known as The Flash) in the movie. “The Flash” is a fictional character from DC Comics.