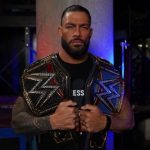 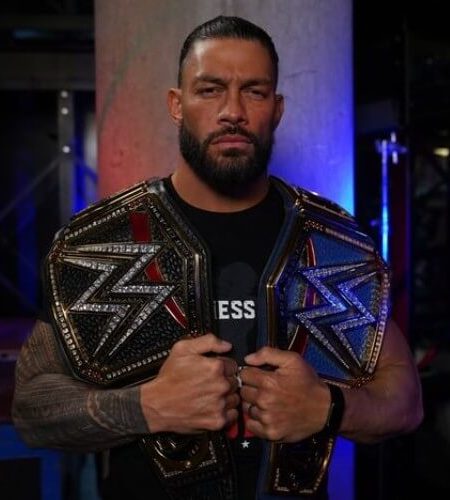 Leati Joseph "Joe" Anoa'i (born May 25, 1985) is an American professional wrestler and former football player.
He is currently signed to WWE, where he performs on the SmackDown brand under the ring name Roman Reigns.
Reigns attended Pensacola Catholic High School and Escambia High School, before going on to major in management at the Georgia Institute of Technology.
He has represented NFL's clubs such as Jacksonville Jaguars and Minnesota Vikings in the past.
He joined WWE in the year 2010.
He put his career on the line for a World Heavyweight rematch against Sheamus in 2015.
He uses the sign of the cross every time he enters the ring.
Roman Reigns started dating a fitness model, Galina Becker, years back. Later in December 2014, he tied knots with her at Disney’s Castaway Cay Bahamas.
Initially, they met each other when they were students at the Georgia Institute of Technology.
Currently, the couple is blessed with 3 children. They have two twins and a daughter, Joelle Anoa’i.