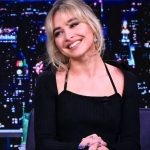 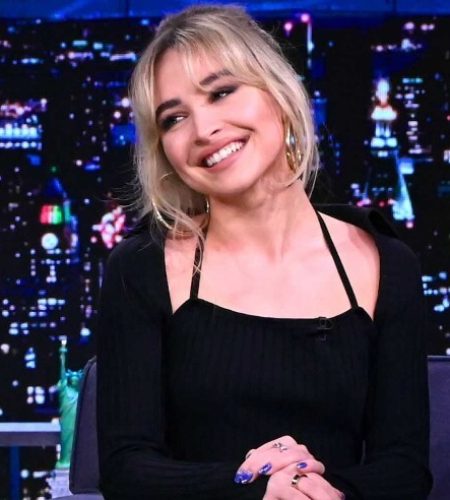 Sabrina Carpenter was born on the 11th of May 1999, in Lehigh Valley, Pennsylvania, United States of America. She is an American actress, singer and songwriter who is best known for her starring role as Maya Hart in the Disney Channel series Girl Meets World.
Her father’s name is David and her mother’s name Elizabeth.
She was raised alongside her three older sisters; Sarah, Shannon, and half-sister Cayla.
She is the niece of actress Nancy Cartwright.
She attended The Pennsylvania Cyber Charter School (aka PA Cyber). She was also homeschooled.
She is also providing voice to the main character Melissa Chase on Disney XD animated TV series Milo Murphy’s Law. Along with acting, she has also made a name for herself in the music industry by releasing a couple of singles.
In 2011, Sabrina guest appeared in the police procedural drama series Law & Order: Special Victims Unit for her role as Paula in an episode titled “Possessed” in episode 12 of season 12.
Other than television films, her first film was the comedy film Noobz for her role as Brittney, which was released in 2012.
As a singer, Sabrina has released various singles and an extended play titled Can’t Blame a Girl for Trying on April 8, 2014, via Hollywood Records. It ranked at #37 in US Top Heatseekers.