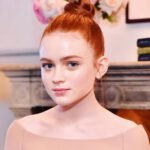 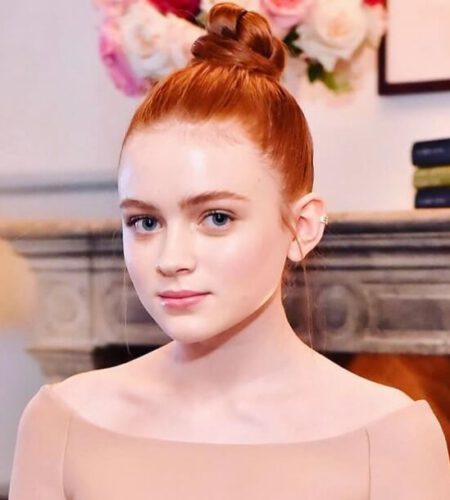 Born on 16th April 2002, Sink was raised in her hometown Brenham, Texas, United States. She grew up alongside his siblings and parents, who belong to the White (including Irish descent) ethnicity.
She was born in Brenham, Texas. She did her Schooling at Fredrick Wilson Benteen Elementary School, Atlanta, Georgia, United States. She started acting after her obsession with recreating Disney's High School Musical with her brother.
Her zodiac sign is Aries.
She has played the role of Max Mayfield in Stranger Thing (2017-2022).
In the year 2016, she worked in the film 'Chuck' as Kimberly. The same year she also starred in an episode of the series 'Unbreakable Kimmy Schmidt' as Tween Girl.
Sadie Sink has won the Hollywood International Independent Documentary Award for the best narration with Joaquin Phoenix, Rooney Mara, Sia, Katherine Von, Drachenberg, and Chris Delforce.
She has also been nominated for the 2018 MTV Movie &TV Awards for Best On-Screen Team (with Gaten Matarazzo, Finn Wolfhard, Caleb McLaughlin, and Noah Schnapp) and the 2018 and 2020 Screen Actors Guild Awards for Outstanding Performance by an Ensemble in a Drama Series all for the series 'Stranger Things'.
In 2015, she co-starred with Helen Mirren in The Audience on Broadway, as young Queen Elizabeth II. She also had a small role in Chuck.