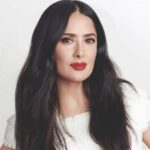 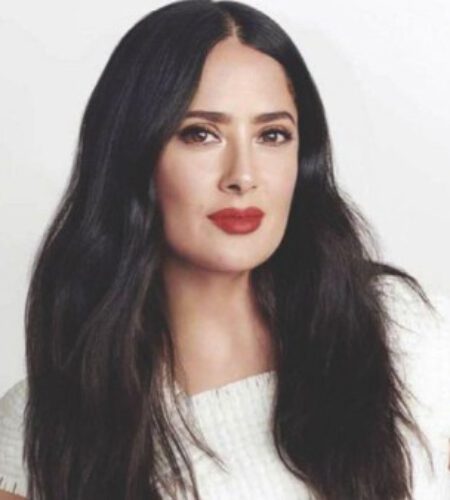 Salma name means “calm” or “Peace” in Arabic.
She was upraised in a Catholic home by her Lebanese father and Spanish mother prior she found recognition in Hollywood.
As a kid, Salma’s grandmother frequently shaved her eyebrows and head just because she believed it would make her hair to grow glossier, darker and thicker
Salma Hayek Jiménez de Pinault was born September 2, 1966 in Coatzacoalcos, Veracruz, Mexico.
Her younger brother, Sami, is a furniture designer.
Her mother, Diana Jiménez Medina, is an opera singer and talent scout.
Her father, Sami Hayek, is an oil company executive and owner of an industrial-equipment firm, who once ran for mayor of Coatzacoalcos.
Her father is of Lebanese descent, with his family being from the city Baabdat, Lebanon, a city Salma and her father visited in 2015 to promote her movie Kahlil Gibran’s The Prophet.
Her mother is of Mexican/Spanish descent, with her grandmother and maternal great-grandparents being from Spain.
Raised in a wealthy, devout Roman Catholic family, she was sent to the Academy of the Sacred Heart in Grand Coteau, Louisiana, USA, at the age of twelve.
In school, she was diagnosed with dyslexiaand ADHD.
She attended university in Mexico City, where she studied International Relations at the Universidad Iberoamericana.
Her breakthrough role was in the 2002 film Frida as Mexican painter Frida Kahlo for which she was nominated in the category of Best Actress for an Academy Award, BAFTA Award, Screen Actors Guild Award, and Golden Globe Award.