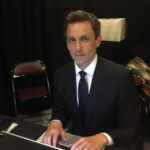 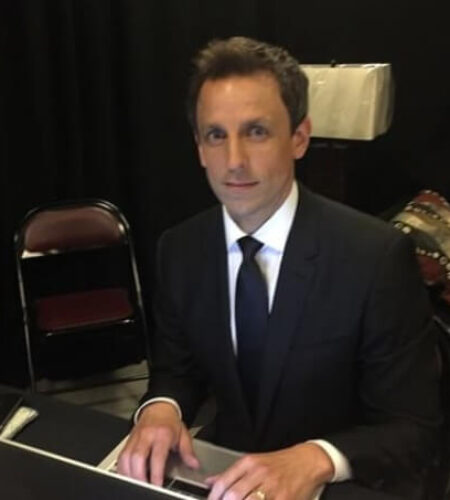 Seth Adam Meyers was born on December 28, 1973, in Evanston, Illinois, in the United States.
Seth Meyer is a multitalented American humorist. He is a writer, political satirist, actor and a TV and event host.
While in university, he kicked off his career in comedy by joining college improv group, Mee-Ow Show. He took his improv career international by joining Amsterdam-based, English speaking ensemble, Boom Chicago with his brother.
Meyers attended Edgewood Elementary in Okemos and then graduated from Manchester High School West in New Hampshire before enrolling at Northwestern University in Evanston.
Meyers’s mother is Hilary Claire. She was a French teacher, and his father, Laurence Meyers Jr., worked in the finance field. He has a younger brother, Josh Meyers, who is an actor.
Meyers married Alexi Ashe, a lawyer, in a Jewish ceremony on September 1, 2013. They have two sons, Ashe Olsen Meyers and Axel Strahl Meyers.
He is most famous for his talk show Late Night with Seth Meyers and also renowned throughout the country for his writings and celebrity mimicry on Saturday Night Live before leaving in 2014.
His other notable achievements include starring in 2008 film, Journey to the Centre of the Earth and hosting the 66th Emmy Awards and 75th Golden Globe Awards.