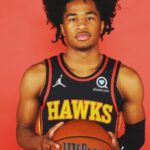 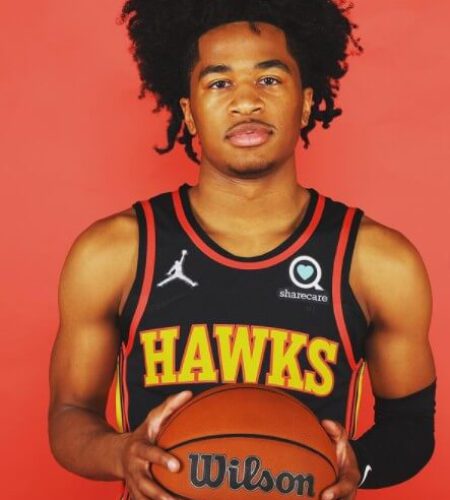 Sharife Omar Cooper (born June 11, 2001) is an American professional basketball player for the Atlanta Hawks of the National Basketball Association (NBA), on a two-way contract with the College Park Skyhawks of the NBA G League. He played college basketball for the Auburn Tigers.
Cooper was born in Newark, New Jersey to Omar and Kindall Cooper, although the family moved to the Atlanta area around the age of six. He has two sisters, Te'a and Mia, who both won state titles at McEachern, while Te'a continued on to play at Tennessee, South Carolina and Baylor before being drafted by the Phoenix Mercury in the 2020 WNBA draft. He also has a twin brother, Omar, who is a standout player at The Walker School in Marietta, Georgia.
Cooper was selected to play in the 2020 McDonald's All-American Boys Game on January 23, 2020.
On September 27, 2019, Cooper committed to play college basketball for Auburn. He became the most highly rated recruit in the school's history, and its second five-star recruit.