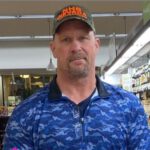 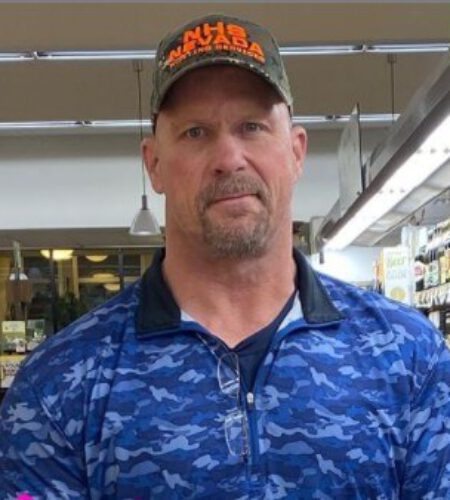 Born on December 18, 1964, in Austin, Texas, Austin grew up in the small town of Edna, Texas.
He has four siblings: Scott, Kevin, Jeff and Jennifer.
Steve Austin’s real name is Steven James Anderson.
He was married 4 times. His present wife is Kristin Austin while his former wives are Kathryn Burrhus, Lady Blossom and Debra Marshall.
Steve appeared in several Adam Sandler movies.
Steve won 21 championships on his whole wrestling career.
He was forced to retire from in-ring competition in 2003 because of his several injuries in the neck and in the knee.
Steve’s best friends are his wrestling rivals including The Rock, Bill Goldberg and Mick Foley.
He was inducted into the WWE Hall of Fame in 2009 by Vince McMahon.
Steve almost ends up as a Physical Education Teacher if he finishes the few credits left for him to become a teacher. But he dropped out of college and instead worked on a loading dock.
Austin was engaged in a few domestic violence and most of them are related to his wife WWE Diva Debra Marshall.
He started wrestling in the Dallas Sportatorium, a wrestling school that Chris Adams also attended to.
Steve Austin was called by many names before he was known as “Stone Cold”.
Austin was a band geek in high school and played various instruments.
He openly supports gay marriage.
One of his greatest rivals is Bret Hart and they had several fights already but Austin never pinned Bret Hart on all those fights.
Austin’s acting skills was first seen on the several episodes of the TV Series Nash Bridges as Jake Cage in the years 1998 and 1999.