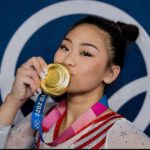 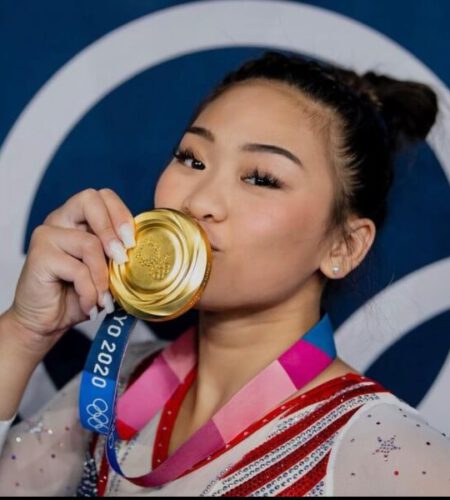 Sunisa "Suni" Lee (born March 9, 2003) is an American artistic gymnast.
She is the 2020 Olympic all-around champion and uneven bars bronze medalist
She was a member of the teams that won gold at the 2019 World Championships and silver at the 2020 Olympic Games. Lee is a six-time member of the U.S. women's national gymnastics team and is the first Hmong-American Olympian.
With a total of 6 world championship and Olympic medals, she is tied with Gabby Douglas, Kim Zmeskal, Kyla Ross, and Rebecca Bross as the 9th most decorated American female gymnast.
Lee has been the winner of the 2015 women’s junior Olympic at the level 10 national championship held in Iowa.
She has also been the winner of the 2015 hope championships in Chicago and the 2016 secret US classic in Hartford.
Lee has also won the 2017 PNG championship in California and the 2018 GK U.S. Classic in Ohio.
Lee has been the winner of the winter cup, American classic, GK U.S. classic, and U.S. gymnastics championship in the year 2021.
She has also won the title of the 2017 international Junior Cup in Canada and the 2018 Pacific Rim championship in Colombia.
In 2019, she won the Jesolo trophy in Italy and the world championship in Germany.
Her father bought a computer so that he could watch his angel performing that surely boost her confidence.