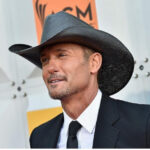 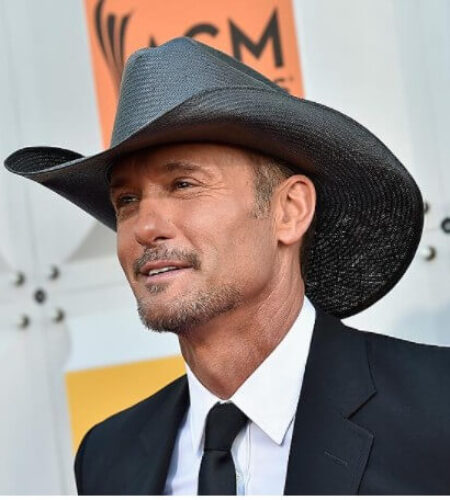 McGraw had 11 consecutive albums debut at Number One on the Billboard albums charts.
Twenty-one singles hit No. 1 on the Billboard Hot Country Songs chart.
He has won 3 Grammys, 14 Academy of Country Music awards, 11 Country Music Association (CMA) awards, 10 American Music Awards, and 3 People's Choice Awards.
He has been married to Faith Hill since 1996. They have three daughters: Gracie Katherine (born May 1997), Maggie Elizabeth (born August 1998), and Audrey Caroline (born December 2001).
He has got about half a dozen tattoos. He got the first one at the age of 21 and after he had got drunk. It features a leprechaun with a cowboy and is on his thigh.
His collection of hats is legendary in the music industry and it was fueled by his insecurity about his forehead, which he believes is too big.
In 1994, he started hosting the annual Swampstock event. It started out with a charity softball game and has evolved to include a celebrity softball game and multi-artist concert. The funds from the event have provided a scholarship to students and funded the construction of Little League parks.
He has established the Tim McGraw Foundation, which aims to raise funds to assist children and adults diagnosed with a brain tumor.
In 2008, he collaborated with packaged foods giant, Frito Lays to launch exclusive McGraw’s Spicy Jalapeno Fritos corn chips, which had Tim’s favorite distinct Southern flavor.
In 2008, Tim launched his exclusive perfume line under his surname. Over the years, he has added McGraw Southern Blend, McGraw Silver, Soul 2 Soul, and Soul 2 Soul Vintage fragrances to his merchandise.
As a child, Samuel Timothy McGraw idolized pitcher Tug McGraw and has his baseball card taped to his bedroom wall. When he was age 11, he learned that Tug was actually his biological father.
Attended Northeast Louisiana University on a baseball scholarship and is a member of the Pi Kappa Alpha fraternity.
Attended Florida Community College at Jacksonville for one term and occasionally attended for one time with local bands.
His song "Live Like You Were Dying" is a tribute to his late father Tug McGraw who passed away on January 5, 2004.
His song "Live Like You Were Dying" won both Single of the Year and Song of the Year at the 2004 CMA Awards.
He was awarded a Star on the Hollywood Walk of Fame for Recording at 6901 Hollywood Boulevard in Hollywood, California on October 17, 2006.
Tim and his wife, Faith Hill, are friends with Martina McBride and John McBride.
Half-brother of Mark McGraw. Distant cousin of Laura Collins.