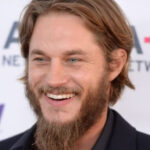 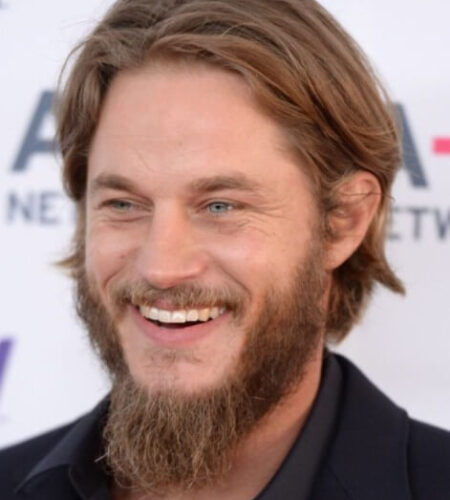 Travis Fimmel (born 15 July 1979) is an Australian actor and former model.
He is best known for his role as Ragnar Lothbrok in the History Channel television series Vikings (2013–2017), and as Anduin Lothar in the live-action adaptation of Warcraft (2016). In 2020, he starred in the science fiction series Raised by Wolves.
Travis Fimmel was born near Echuca, Victoria, Australia, to Jennie, a recreation officer for the disabled, and Chris, a cattle farmer. He was raised on a 5500-acre farm located between Melbourne and Sydney. Until the age of seventeen, his life was spent at school and working on the family farm, morning and night-something he continues to relish on his trips back home.
After high school, higher education called and he was accepted to Melbourne University. It was not long until his intense curiosity led him to begin his global adventures.
In 2020, he will be seen in HBO Max's science fiction drama Raised by Wolves from director Ridley Scott and Scott Free Productions.
Named as the 2017 Actor of the Year in GQ Australia's Men of the Year Awards, Fimmel told the audience in his characteristic self-deprecating style, "I'm not sure how I got this, but I won't demand a recount".
Fimmel starred as military commander Anduin Lothar in Warcraft (2016), a live-action film adaptation of the World of Warcraft computer game. It was reported that a horse spooked by a wind fan collapsed on Fimmel while performing one of his own stunts but he emerged unscathed.
Attended RMIT University in Melbourne.
Is a former Calvin Klein underwear and jeans model.
One Calvin Klein billboard ad featuring him caused such a commotion on a busy London street that it was removed after an auto club claimed that women drivers were slowing down to ogle the billboard, triggering accidents and traffic jams.
Parents are Chris, a cattle farmer, and Jennie, a nurse.