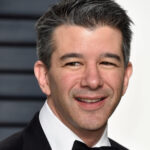 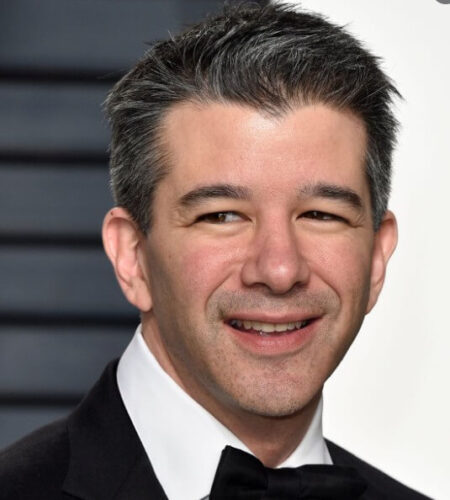 Travis Kalanick is a famous Entrepreneur, who was born on August 6, 1976 in United States. Entrepreneur known for being one of the founders of the popular ridesharing service Uber. He’d previously founded Red Swoosh, a P2P company that was acquired by Akamai Technologies in 2007. According to Astrologers, Travis Kalanick's zodiac sign is Leo.
Kalanick studied computer engineering and business economics at the University of California, Los Angeles. While studying at UCLA, Kalanick was a member of Theta Xi fraternity and started his first business, an online file-exchange service called Scour. In 1998, he dropped out of UCLA to work at the start-up full-time.
On June 13, 2017, it was announced that Kalanick would take an indefinite leave of absence from Uber. His responsibilities would be assumed by his direct reports in the organization.
On June 20, 2017, Kalanick resigned as CEO after 5 major investors, including Benchmark Capital, reportedly demanded his resignation. Despite his resignation, Kalanick was to retain his seat on Uber's board of directors. Dara Khosrowshahi took his position of CEO in August 2017.
On December 24, 2019 Kalanick announced his resignation from the Board effective December 31, 2019. In the weeks leading up to this announcement Kalanick sold off more than $2.5 Billion of Uber stock holding which was about 90% of his shares.
Kalanick serves on an advisory board for Neom, Saudi Arabia’s plan to build a futuristic "mega city" in the desert.