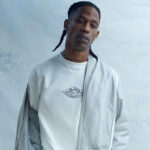 Jacques Berman Webster II was born in 30 April 1992. He known professionally as Travis Scott. He is an American rapper, singer,songwriter and record producer. He is also famous for his spectacular singing, record producing, and songwriting abilities.
His official rap career surfaced when he signed his first-ever major music label contract with Epic Records.
He was raised by his grandmother till the age of 6.
Travis started playing drums at the age of 3 after his father bought him a set.
He got interested in playing beats after listening to Kanye West’s music. He was 16 years old back then.
To pursue a career in music, he dropped out of his college during his sophomore year.
In 2012, Scott signed his first major-label contract with Epic Records.
He appeared on the cover of GQ magazine in its September 2020 issue.
He became the 2nd celebrity, after former professional basketball player Michael Jordan, to secure a McDonald’s meal in 2020.
In November of the same year, Scott signed a publishing deal with Kanye West's GOOD Music, as part of its production wing Very GOOD Beats.
His partner Kylie Jenner accused her of cheating in early 2019.
Kylie Jenner and Travis gave their daughter Stormi Webster a Cinderella carriage for Christmas 2020.
In February 2021, he worked with the Cactus Jack Foundation to donate almost 50,000 meals to the Houston residents affected by the Texas winter freeze.
He released his debut single titled ‘Upper Echelon’ in the year 2013. The following year, he struck gold with the release of his song ‘Don’t Play’.
His first solo album ‘Rodeo’ was released in 2015. As many as 20 stars made an appearance in his music videos
The album was a huge hit and made him an overnight star. After this, he collaborated with Thug and released a single called ‘Pick Up The Phone’. This track too was a huge hit.