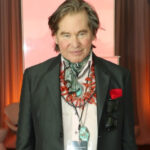 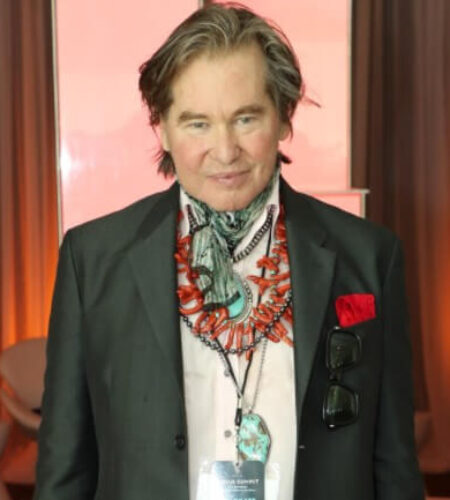 Val Edward Kilmer (born December 31, 1959) is an American actor.
Originally a stage actor, Kilmer found fame after appearances in comedy films, starting with Top Secret! (1984) and Real Genius (1985), as well as the military action film Top Gun (1986) and the fantasy film Willow (1988).
In many of his movies, he twirls small objects (coins, pencils, etc.) with his fingers.
He rubs the first two fingers of his right hand together. Particularly in tense scenes, but also where he is not speaking.
Val Kilmer attended Berkeley Hall School in Los Angeles, California, United States, until the 9th grade. He then enrolled in Chatsworth High School in Chatsworth, Los Angeles, California, United States, also attended by Kevin Spacey.
Val also attended Hollywood Professional School in Hollywood, Los Angeles, California, United States. He also officially became the youngest person to be accepted into the Drama Division of the Juilliard School in Manhattan, New York City, New York, United States. Val was a member of the Group 10 there and was awarded a Bachelor of Fine Arts degree.
He has two brothers named Wesley Kilmer and Mark Kilmer. He was married to Joanne Whalley from 1988 to 1996. He has a son named Jack Kilmer and a daughter named Mercedes Kilmer.
In 1998, he voiced Moses in the animated film The Prince of Egypt, before starring in the independent film Joe the King (1999). Also in 1999, he played a blind man in the drama/romance At First Sight, which he described as being, of then, the hardest role he had ever had.
In 2011, Kilmer sold his 6,000-acre (2,400 ha) ranch in New Mexico, where he would track, hike, fish, and raise bison. Kilmer is a devout Christian Scientist. He is also an avid musician; he released a CD in the fall of 2007 and donated its proceeds to his charity interests.