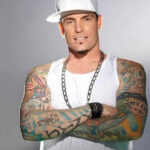 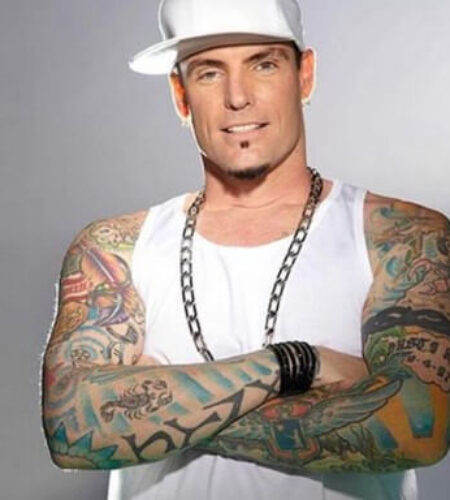 He is an American Rapper, Television Presenter, Singer, Record Producer, Film Actor, Musician & Recording Artist.
Vanilla Ice was born on 31-10-1967 in Dallas in the state of Texas, United States.
He was born to William Basil Van Winkle and Camilla Beth Dickerson.
He is married to Laura Giaritta since 1997 and has two daughters named KeeLee Breeze Van Winkle and Dusti Rain Van Winkle.
He made a suicide attempt. After it, he decided to change the course of his life completely. This also influenced his music.
In 2009, he hosted his own TV show “The Vanilla Ice Project.”
The musician was interested in rising motorbykes in his youth.
As the rapper states, he was inspired by the underground music of Egyptian Lover, Rick James, and others.
He used to be a vegetarian.
While growing up, he used to practice breakdancing and as he was the only white kid in the group, his friends started calling him Vanilla.
When he initially started rapping, he was known by his stage name of MC Vanilla.
His stage name Vanilla Ice comes from the combination of his nickname and one of his popular breakdancing moves, The Ice.
In his late teens, he used to perform on the streets with his breakdancing crew, which was called The Vanilla Ice Posse.
He had written his popular song Ice Ice Baby at the age of 16. It was inspired by the weekend he had with his friend and DJ D-Shay.
In 1990, Vanilla Ice made his first TV show appearance in the music TV series, Saturday Morning Videos.
In 1991, Vanilla Ice made his theatrical film debut in the action superhero film Teenage Mutant Ninja Turtles II: The Secret of the Ooze as himself (club performer).