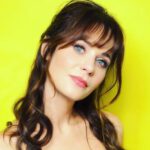 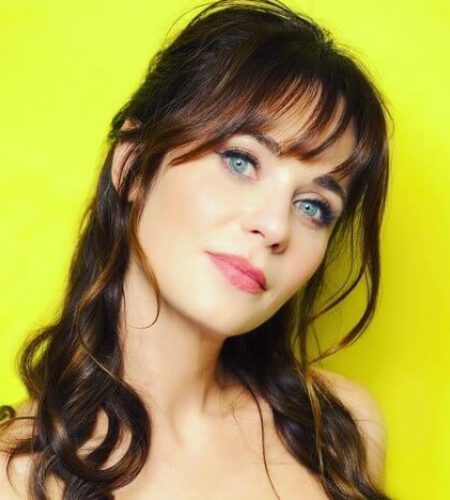 Zooey Deschanel was born on 17-01-1980 in Los Angeles in the state of California, United States. She is an American Film Actress, Singer, Songwriter, Businessperson, Television Actress, Voice Artist & Musician who is known for her work in Hollywood.

Zooey Deschanel is a renowned model, actress, singer, and songwriter from the United States. She completed her early education at Crossroads School for Arts & Sciences in Santa Monica, California. She took admission to Northern University for further study but after nine months she dropped out due to her interest in acting.
Zooey Deschanel was named after a male protagonist, Zooey Glass from the 1961 novella Franny and Zooey by J. D. Salinger.
She had spent much of her childhood traveling due to her father’s profession as a director and cinematographer, where her father was required to shot films in different locations. And, Zooey revealed that she didn’t like all that traveling.
In 2011, she launched an entertainment website hellogiggles.com with friends Sophia Rossi (Producer) and Molly McAleer (Writer).
She had served as a judge for The Ninth Independent Music Awards.
She became friends with Jake Gyllenhaal and Kate Hudson during her schooling at Crossroads.
For close to 2 decades, Zooey has attained the most recognition through the award-winning sitcom, New Girl. Zooey has portrayed the Jessica Day character in the sitcom right from its first season till date. In 2012, it won her a Critics' Choice Television Award.
Zooey is straight. For 3 years she was married to the singer, Ben Gibbard. Zooey has a particular taste for celebrities as they make up her relationship history. In the past, she has dated icons such as Mickey Madden, Matthew Davis, Hunter Burgan, Jason Schwartzman and Jamie Linden.