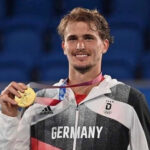 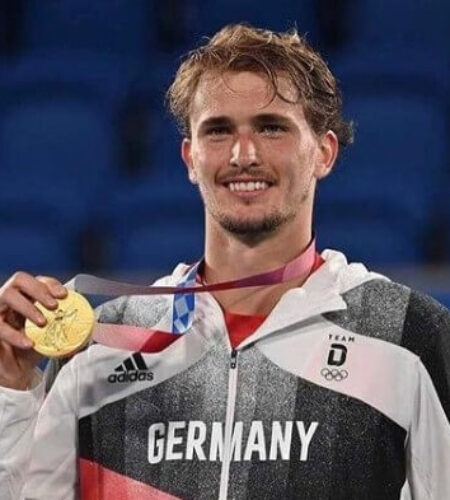 Zverev was born on April 20, 1997 in Hamburg, Germany.
He started playing tennis at the age of five.
Both of his parents are tennis coaches (his father Alexander Sr. is his coach).
He's nicknamed Sacha or Sascha, a common Russian nickname for Alexander.
His older brother is Top-200 player Mischa Zverev (who upset Fabio Fognini in Shenzhen this week).
The rest of Zverev's coaching team includes fitness trainer Jez Green, who previously worked with Andy Murray, and physio Hugo Gravil. Green has worked with Zverev since 2013.He achieved his best Grand Slam result at this year's French Open (reaching the third round), and repeated the feat again at Wimbledon.
This season, he recorded Top-10 wins over Roger Federer in Halle, and Tomas Berdych and Stan Wawrinka in St. Petersburg.
He won the 2014 Australian Open boys’ title...
He's the youngest member of the Top 50.
He stands at 6'6" and plays right-handed, with a two-handed backhand.